During an individual’s lifetime, in addition to all his personal actions; where, how, when, why and with whom are the five main questions that determines his “location” on the stage of history.  In this context, “Location” Exhibition curated by  Şeyma Yerlikaya, between  20 december 2017 and 20 January 2018 at Cep Gallery is gathering six artists, whose works and techniques are different from each other but concentrating on similar concepts that are; witnessing, being impressed, influencing and creating either by existing, extinct or non existent (utopic) places, all their expressions and experiences fully exposed…

​
Space is the focus point of change, differentiation and forming. It is neither lifeless, static nor motionless. For this reason the artist percieves the space, designs and makes it liveable. The artist fictionalises the space but the space can never be degraded neither to a purely physicel environment nor to a ‘circus’ where all kinds of functionalist acrobatics are exhibited.    In addition to the historicalness, subjectiveness and inimitability of the spaces/places, there is another characteristic of theirs that is being a so called ‘harbour’ to the new concepts. New has an identity because it reflects the uniqueness of that moment thus can be clearly distinguished from the others. Due to all these reasons, when looked at the exhibited works of Merve Yılmaz where sharp and edged lines that are evolved in a whole, have parallels with with the works of late architecht Zaha Hadid who adopted this approach since the very beginning of her career.    While the spaces differentiate,  the individuals who are shaping those spaces and synchronically are getting formed by these spaces, are also changed. What really matters is to be able to distinguish the freedom potentials within this differentiation and (to) experience them.


Sometimes these freedom potentials may bring up the artist to a point even to fictionalise the utopic city in which (where) he would like to inhabit.  The works of Ahmet Duru that are exhibited as part of “Location” are constructed from the main streets to the side streets, from concrete to the abstract from a bird’s eye view which strongly reminds us Lars von Trier’s staggering movie Dogville. Like the hero (Grace/Nicole Kidman) first steps up and her first experiences, Duru’s city appers to be an “utopical realm of freedom”, immediately afterwards one easily senses the feeling that this city, full of paradox, is at the same time an area of limitations and restrictions. (Not for nothing,) Oscar Wilde said “Yet each man kills the thing he loves” Even the utopias that are fictionalised under the heal of modern times are distinctive and possess their own contrasts.


Spaces, cities can be designed but cannot be exactly forecasted to where/how/in what way to be evolved, since there is an additional human factor. Throughout history, the unknown and mystical things always called the attention of human beings. That is the reason why the “City” that is; on one hand be afflicted with non-planned urbanization, skyscrapers,squatting and on the other hand protected in a kitsch manner for show under cover of conservatism- attracts Setenay Alpsoy’s attention and finds its reflection at all the works she spresents in this exhibition. The gloomy atmosphere in her previous works that recalls the ex.Eastern Block architecture, this time gives place to “light”-in accordance with the general concept of “Location”.When looked at Alpsoy’s exhibited works as a whole, the analogies with Alfred Hitchcock’s Rear Window’s main character Jeff’s (James Stewart) photographs-about places, people, all kinds of details-particularly draws the attention. To percieve the existence of the “other” then to understand it and accept its differences, seems to be the primary duty of the artist but essentially it is a vital attempt to obtain diverisified qualities for all the individuals in the world.


Existing since Ancient Greece/Plato’s time analogically, but perfected by the founder of the Analytical Psychology Swiss origin Dr.Carl Gustav Jung, archetypes are;  untaught universal tendancies and models which can be found in every human being’s collective unconscious, that are composed in the course of time. Within the home/room archetype concept, Elif Özen’s works are not only interrogating the ongoing anxieties of humanity for ages such as protection, sheltering, possession etc. but also offers a dual sight for the individiual’s inner world. In one sense the space is restricted from outside, in the meantime it is filled from inside which inevitably leads them to a compulsary union, which may open a path to freedom in a broader sense.  Özen also reveals, like the French poet A. Lamartine did in his famous poem “The Lake”, that we can never stop time but we can move ahaed of time, by optimizing and setting boundaries to it.  Knowing our limits and limitations, in a way analyzing the self in a much broader and honest way,will lead us a to easily subclassify all kinds of related issues.


During the first phases of evolution of mankind, controlling the nature was a vital and a significant tool. After a while, this tool became an objective. Human beings moved away from nature but, in a way, feel obliged to preserve those somekind of artificial and distanced ties with it. In the big cities where the smiling face of the savage capitalism, “consumerist society virus” spread at speed of light, human being still insists on fictitious solutions. They live at luxurious homes with artificial gardens where gigantic aquariums with exotic fish, cages full of birds roosted with fear,  frames with million dollars of still life paintings.   Though as stated in great poet Nazım Hikmet’s stanza “If you are going to say I lived…”, first of all one needs love and prerequisite for love is loyalty and symphaty. Meriç Kara steps in at this very moment and she gives life to green with her “pots” that are also exhibited here at “Location”. “Pots” that are designed for interior spaces, are not treating plants as ornaments or stable objects but percieving them as living organisms that  are breathing, feeling love and affection. Kara’s works integrates plants into daily life, both in a humorous and functional way, where the latter still life’s become more and more alive. 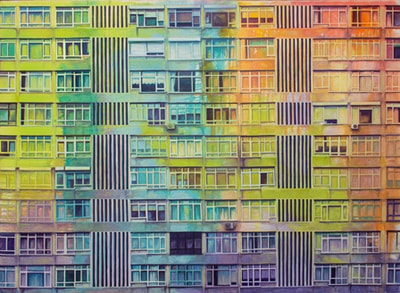 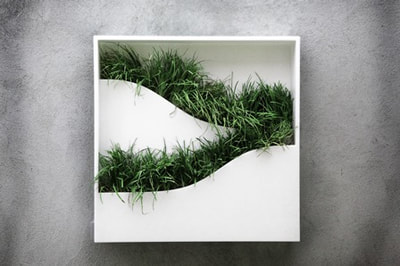 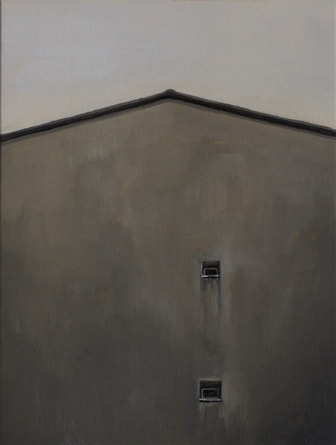 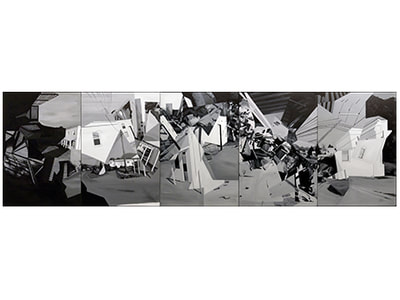