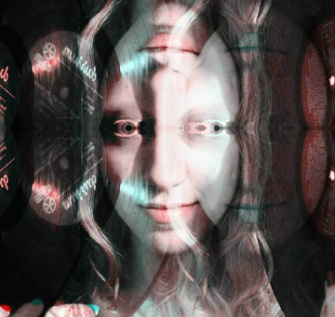 In the recent pictures of Erdinç Babat,  the dissatisfaction caused by the reflections of the artificiality that is created by the popular culture and the forced life styles can be seen through female bodies and they should be viewed as samples of criticism for our lives today.

Contrasted with his earlier work where pure colors cover wide areas and large figures of abstractions are used, his latest pictures shows a more plain usage of pure colors in smaller details, compatible with the concepts he is trying to emphasize.

The frigidity, as a result of artificiality, gets our attention with the use of not only the visual effects of the female bodies which he brings forward by using the shades of gray, but also with the disturbing expressions on the faces.

TODAY’S HUMAN MODELS FROM THE PESPECTIVE OF ERDİNÇ BABAT

Despite the current age is a process where the life standards are developed and renewed day by day on the axis of technology, to be read of this development and changing process at the dimension of artistic creation is directly related to the artist’s being a conscious life tracer and of his interrogation capacity.

Erdinç Babat, an example within young artists who is not a foreigner to problems of his current age, is analyzing human issue purposefully from the years that he started to his painting works to today. His observations and researches on life and human, in his paintings’ inner dynamism and renewing these actions continuously to be turned into images is being central pillar of imagination ability.

In most paintings of Erdinç Babat as being a conscious life tracer, we are perceiving human as a dominant item. Besides his sensibility to the human and life observation to shape his paintings is starting point that can not be undervalued, also he is displaying the central issues that he wants to direct the observers in front of his paintings where he takes in hand human essence with a powerful fantasy in a dynamic dimension. Where is the importance that is given to human beings and human values with the development of present technology and mechanization? That question, in today’s world splitting from the natural life day by day and pre-determinated and served us as a model in imaginary lives, naturally brings about the question “where human should be?”.

At Erdinç’s paintings a lyric taste and abstracting expression style become a united whole. He did not wave aside geometric abstract language to which he stuck in his early works, in later times with observations, in his figure abstractions that he arrives by his mental fantasy, he starts to formulate background with similar perception and adds them in new paintings texture. Without overrating depth, on backgrounds of canvases mostly defined with lines and fulfilled with vivid colors, the figures which can be seen as having a particular movement and as a binary groups or as shaped with lissome lines in monumental dimensions, gives us an impression as they are pulled out whether from the daily life or from the time that is edited fictionally, as they are becoming stable while they are in a movement. Abstract expression style which is adopted by him is integrated the message that he wants to deliver us. Amorphous physique at some of his works and human figures that are bound to their own bodies also start us thinking on the matter of slow secession of humans’ own inner reality with the emotion of restriction on individuals created by modern world.