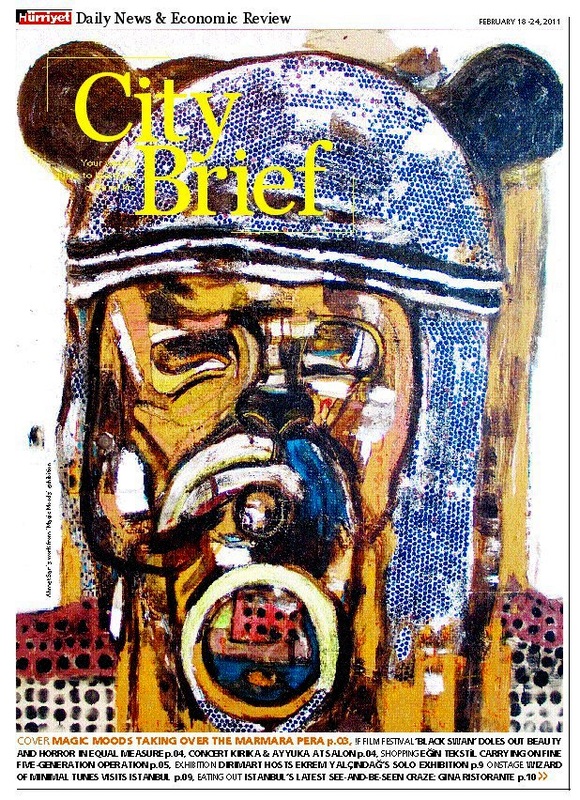 The Marmara Pera is showcasing the independent works of new-generation artists at the exhibition 'Magic Moods' in collaboration with Cep Art Gallery.

The Marmara Pera is showcasing the independent works of new-generation artists at the exhibition “Magic Moods” in collaboration with Cep Art Gallery.

Contemporary art proceeds on its way in an extremely independent arena where it is far from the images daily life and where it determines its own rules and takes place on an alternative stage.

By moving along through a period from art magazines to second-class newspapers, contemporary art’s color, complicated philosophical expressions, allegoric declarations and performances are a kind of answer to an exaggerated show for popular culture’s expectations. The appearance of increasingly diverse subjects, techniques and forms comes close to intoxicating people. This diversity and multiplicity definitely bring with it plenty of troubles which are not a state that art experiences for the first time. In the changing world, not only the meaning of art and artists has changed but every kind of object, person or phenomenon does as well.

Despite so many troubles that dampen conceptions, if the “occupation of being an artist” is still a popular job today, it owes this situation to providing the artist a free working domain. To its spectators, it offers an independent valuation opportunity “in its own borders.”

On the other hand, the mass culture which is proud of an unapproachable and unknown art, should also consider the possibility of its becoming simpler and excessively understandable. A few intellectual good-faith attempts which help the artist to progress in this market independently will keep separate art and artists in a different location from that of the new “mass culture.”